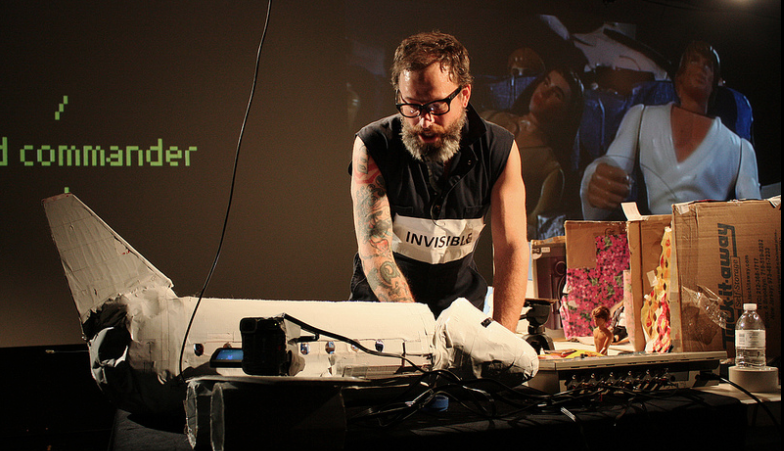 “grotesque, silly, crazy, opaque, and hilarious, all at the same time” – culturebot.net

“Commander was a whirling dervish on stage” – city pages.com

In Flight mocks the market of mis-focusing information and our potential for mass apathy. It questions what it is as a species that allows us to look the other way.  Its story draws from the insatiable hunger for distraction that subtly guides our attention away from the immediacy of larger, life-threatening issues.

written and performed by David Commander