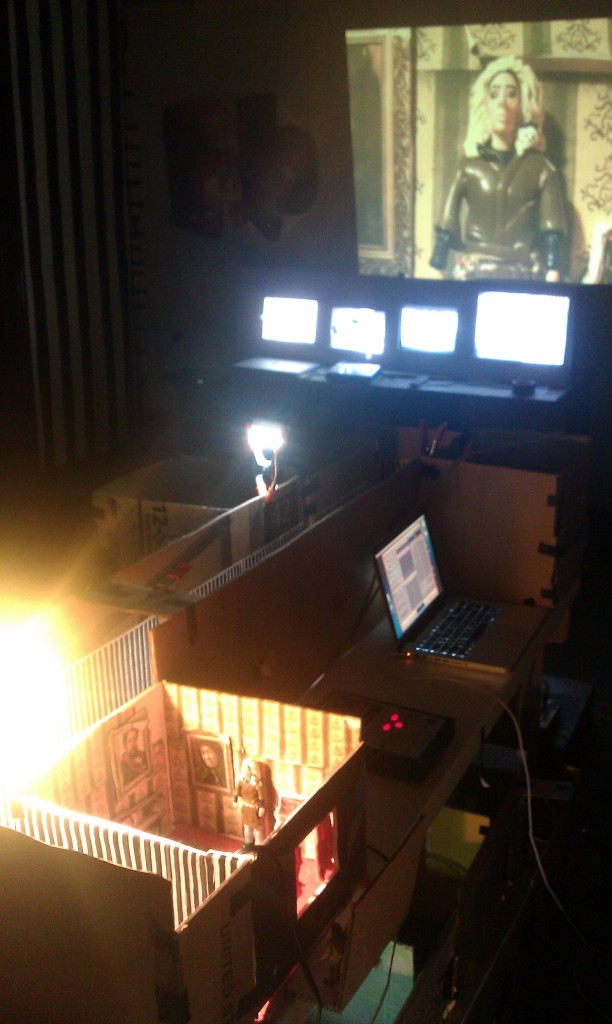 Oakwood Apartments is an installation set up like a ramshackle security booth for an aging and dilapidated Apartment complex. Several monitors capture footage from surveillance cameras fixed onto miniature sets of lobbies, elevators, loading docks etc… The largest of these monitors shows the footage from a live camera that moves down the hallway of the Oakwood Apartment complex (a dollhouse-like construction which is strewn about the installation). The live camera visits the tenants (action figures) of various apartments as they talk about the life they have built at Oakwood and their disappointment of an unfulfilled future that was promised to them. As they dream about living in a world with an overabundance of vending machines, security from neighbors and finished floors, a wrecking ball swings closer and closer. Oh, and also, some of the tenants are from the future.

The Oakwood Apartments installation was part of Immediate Medium’s “The Future at the End of the World”, A Group Performance at the James A. Farley Post Office (New York, NY)

The Future at the End of The World (group performance), NYC